A company's success depends on the people the company employs. Recognizing this, Western Educational Adventures selects the most caring, skilled and dedicated staff. Our founders are proud of the small team our company currently employs! Each member of the Western Educational Adventures team is highly qualified and certified. As a result, our programs are not just good, they are exceptional!

Landon grew up in Calgary AB and on Vancouver Island BC. He has always loved to play outdoors. As a young child Landon swam, skied, biked, hiked, camped, and participated in the occasional backcountry overnight trip with his father and sister. His mother was a preschool teacher, his father a geological engineer and business owner. From a very young age, with his parents as role models, Landon learned how to work with both kids and adults, run a business, and think analytically and practically. 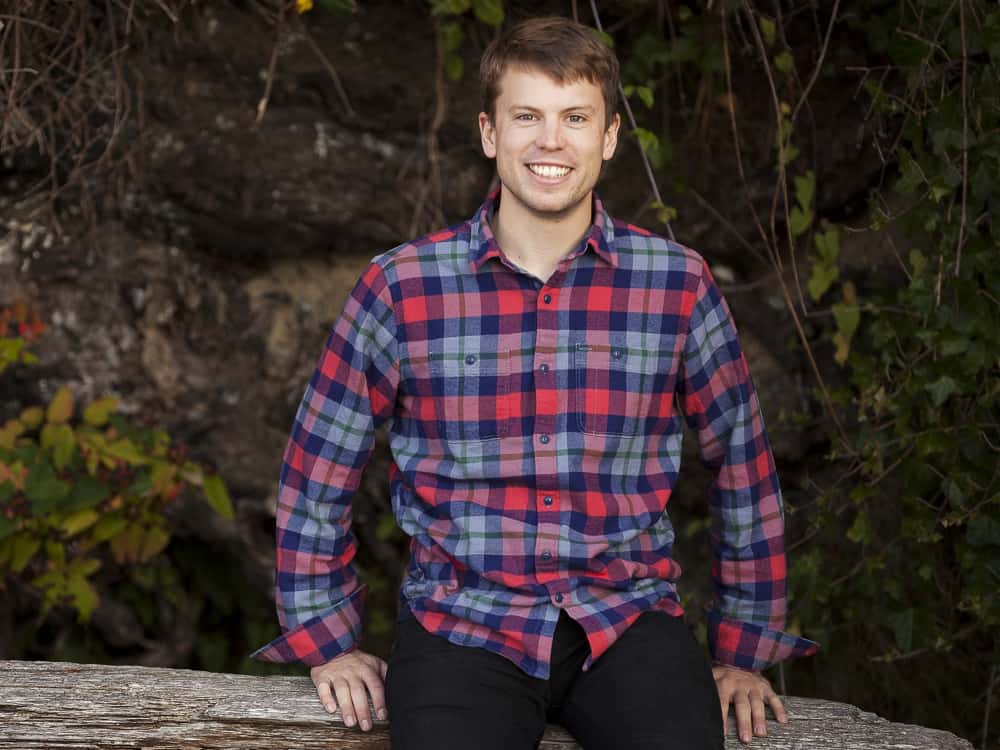 During the winter months from 2010 to 2017 Landon worked as a ski instructor, ski racing coach, lifeguard and swim instructor in Nelson, Lake Louise, and Banff, working with clients from the age of 2 to 80. During the 2013-2014 ski season, Landon was ranked in the top 30 of 150 ski instructors, as well as being ranked the number one children's instructor.

In 2017 Landon decided to shift gears and obtain a formal education focusing on Biology, Marine Biology, and Education. This new focus complements his years of practical education and experience with adults, children, education, guiding, geomorphology and geology.


The vision of Western Educational Adventures was born from Landon's varied outdoor experiences and a passion for both the outdoors and working with children. Landon’s vision was to create programming that not only allowed participants to experience the natural world but to facilitate the learning of outdoor and practical life skills, including leadership, by using the outdoors as a learning medium.


"I will always remember Landon for going above and beyond and connecting with each and every one of us. By the end of my time at camp, I thought of him as a friend, rather than just my camp counsellor. His knowledge of the outdoors paired with his genuine friendliness and fun personality enhanced my camp experience." 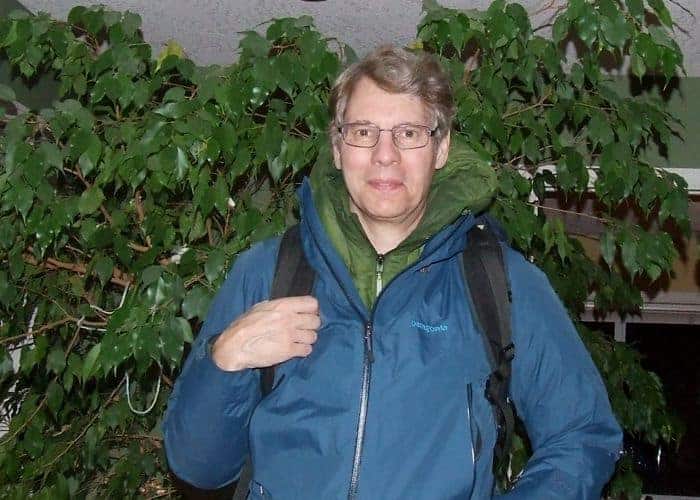 A succesful business owner and a Professional Engineer, Geologist and Geoscientist, Al graduated from the Geotechnical Option of UBC’s Geological Engineering Program. Al is an avid outdoorsman and is currently the company's head of marketing and one of the company's business advisors.

A word from Al on safety:

"As a Professional Engineer, risk management and safety is always at the forefront of my endeavors, whether in the oilfield, on the road, on the ski hill, or in the backcountry on land, water or snow. I feel that, if learned at a young age, safety awareness and risk management skills will benefit an individual and their community for a lifetime. That’s why we take risk management and safety so seriously at Western Educational Adventures and why we strive to share our knowledge with all of our participants." 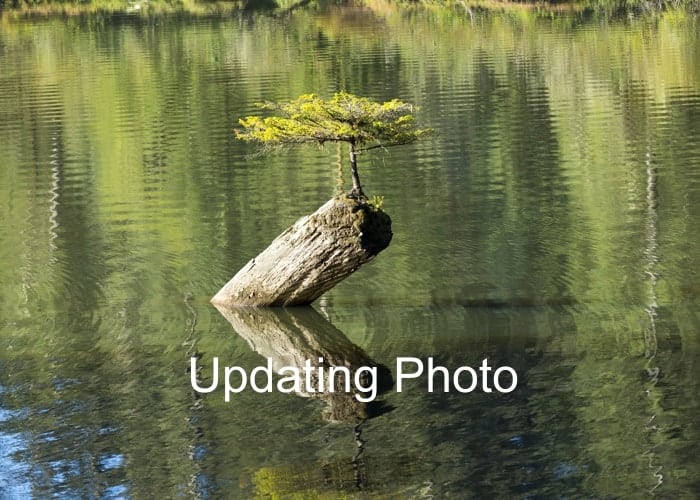 Lynne Hastings was raised in Calgary, Alberta. Attracted to all types of sports early in her youth, Lynne was awarded female athlete of the year twice in high school. As team captain, she led the Crescent Heights High School women’s volleyball team to two Alberta championships, was the first choice for the Alberta team at the Western Canadian Winter Games and became a member of the Canadian Women’s National (Olympic) Volleyball Team. Lynne received her degree as a Bachelor of Human Kinetics from UBC and began teaching in Richmond, BC, where she has taught in all aspects of public elementary and middle school for over 35 years. Lynne has acted as the head of numerous Physical Education departments, team(s) coach, BC’s Action School’s Workshop presenter, co chair of program accreditation and a member of numerous school professional development committees. She is a trained Orton-Gillingham practitioner and actively tutors when not teaching.

A word from Lynne on education:

“Technology has enhanced learning within our education system, increased global awareness and provided us with instant, on demand virtual communication. Unfortunately, hours spent in the virtual realm is increasingly disconnecting youth from nature, creating deficits in physical awareness and physical activity, impacting interpersonal skills and, along with the faster pace of modern life, increasing stress and anxiety levels in our youth.

Western Educational Adventures outdoor programs are excellent venues for youth to: a) reconnect with nature, b) become physically aware of themselves and their surroundings; c) enhance interpersonal skills and d) lower anxiety/stress levels. These programs encourage problem solving and both individual and cooperative thinking. They impart confidence, independence, and positive learning attitudes/skills while increasing appreciation for the natural world. ” 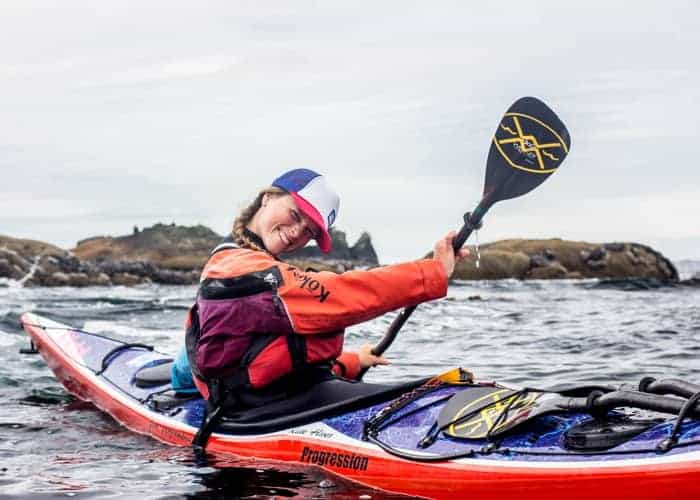 Kate Hives is one of Canada’s top female paddlers with an amazing career as an Outdoor Educator, Kayak Instructor and Expedition Guide in commercial, adaptive and private settings. Raised on the Pacific shores of Vancouver Island, Kate has been constantly expanding her technical skills and sharing her infectious enthusiasm with both a spark of excitement and an eye for safety for all disciplines of paddle sports since the age of 12.

While at Lakehead University, Kate gathering experience paddling the whitewater rivers and expansive lakes of Northern Ontario and the Ottawa Valley. Aside from extensive West Coast kayaking experience, Kate has paddled in Patagonia, Chile, the United Kingdom and Malaysia. Her extensive travels have provided her with an opportunity to hone her instructional and coaching skills while working with youth and adults from around the world.

A word from Kate on kayaking:

“The wilderness is the perfect venue for learning, it can allow us the space to become more ourselves. As we push our own edges, using the medium of the kayak on water, we are sometimes able to unearth those parts of ourselves that we had forgotten or perhaps, didn’t even know existed. Spending time in these environments has helped me to acknowledge my own resilience, my courage and my adaptability. Sharing in this potential is what I enjoy the most about wilderness adventure.” 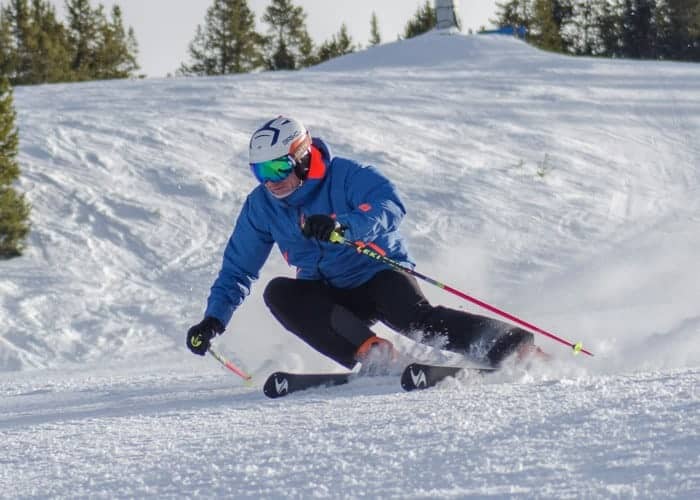 Morgan was born and raised in Medicine Hat, Alberta and began downhill skiing at the age of 2. At the age of 15, he became a Level 1 CSIA ski instructor, gave up hockey and began downhill racing. In the mid 90’s, Morgan moved to Banff where he worked as a ski instructor at Lake Louise and Mount Norquay. In 2003, Morgan moved back to Medicine Hat and in 2005, become head coach of the Elkwater Downhill Race Club, a position he held for almost a decade. He returned to the Bow Valley in 2012, where he continues to instruct as a CSIA Level 4 instructor at Mount Norquay and runs various CSIA regional and national clinics throughout Alberta and elsewhere. In the off season, Morgan runs his own business, is an avid kayaker, mountain and road biker, rock climber, fisherman and camper.

A word from Morgan on skiing:

“Passing on my passion to others is what truly makes teaching rewarding. I am always thinking of ways to simplify the message so that there is more time actually skiing rather than standing on the side of a hill talking about skiing. I try to make myself open and available to all of my students after our time on snow and encourage them to reach out via email or phone no matter what time of the year or their location.” 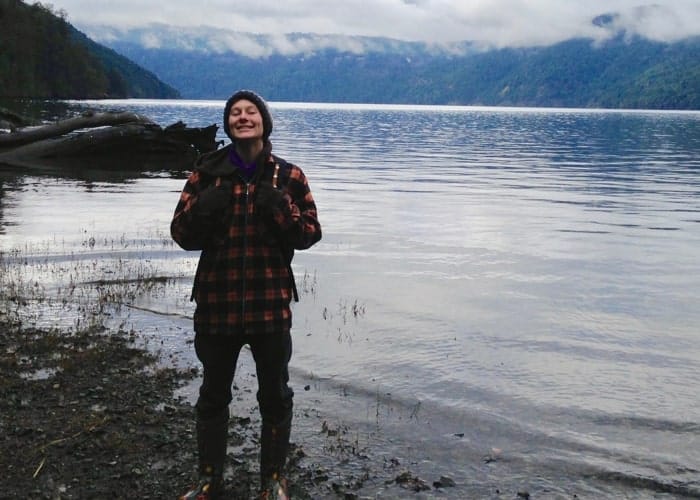 After participating in all the wilderness trips her favourite Victoria summer camp had to offer over her childhood and teenage years, Dale decided to enroll in the camp’s leadership program. The following summer, Dale’s outdoor career began as a summer camp councillor. Thanks to her reliable nature and quick problem-solving skills, Dale was promoted to the position of team leader and then supervisor of new councillor staff. Dale recognized early in her career that time management, organization and safety were the keys to a fantastic group experience. After a short break to gain a certificate in Horticulture, to work as a parks naturalist and to run her own landscaping business, Dale is thrilled to get back to the wilderness with Western Educational Adventures.

A word from Dale on planning and logistics:

“You don't need a lifetime of adventures under your belt to know that the unexpected is where the magic happens. However; having that much experience is what gives me the insight to stop that magic from going sour. Planning a great trip is important but being ready to deal with any bumps along the road is essential.”